Do you ever go on a photo shoot and make an image feeling quite confident that you got a great shot … and then when you see it on your computer later it just didn’t turn out the way you envisioned it?

That happens to me all the time and I’ve discovered a secret: sometimes images just need to rest awhile.

Like this image I made at North Lake on Prince Edward Island last year. 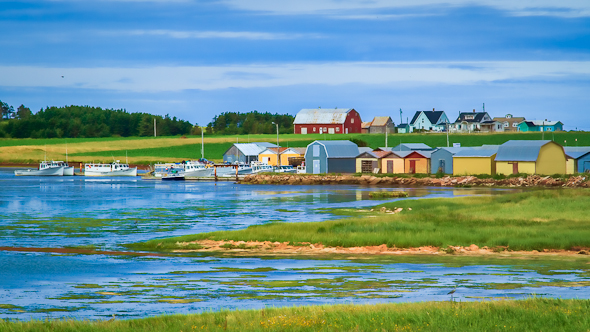 I tried and tried to process this shot when I got it home. But it just wasn’t right. So I never posted it, I just hung on to it. I’ve gone back to it a few times because I always felt there was something there but it never turned out right.

Today, finally, over a year later I realized what I was doing wrong. I was trying to make it too realistic. This scene defies realism even when you’re right there looking at it with your eyes. It’s hard to believe its a real place.

Maybe I needed some distance from it myself so I could look back and reflect on what Prince Edward Island was like. It was soft and gentle, a quaint countryside with green green grass (lots of grass) and blue blue sky and red barns and yellow barns. It was so colourful it sometimes looked like a painting.

That’s when I knew had to go in the other direction. I had to make the image colourful and soft. Now I’m happy with it.

What do you think? Do you ever need to let your images simmer awhile?

More from my site