After the long drive from the west coast of Canada to Scotland (which incidentally took longer than going to China!), I gave myself a day to rest up, get over the jet lag, and make sure my brain was in gear.

I really needed to be able to think straight before embarking on the mighty challenge of driving on the left to the Isle of Skye.

On my rest day, I like to get out for a walk in the afternoon to get some fresh air and sunlight which helps me make the transition to the new time zone. One of the best things I have found to do on such a day is to get on one of those “hop on-hop off” tourists buses that take you around the city. It’s a great way to see some things without expending too much energy.

In Glasgow, I was enjoying the ride and seeing the sights when the next stop announced was the University of Glasgow and the Hunterian Art Gallery. I looked up and saw some beautiful old architecture and figured that would be a great place to stretch the legs.

Wow, was I rewarded!! 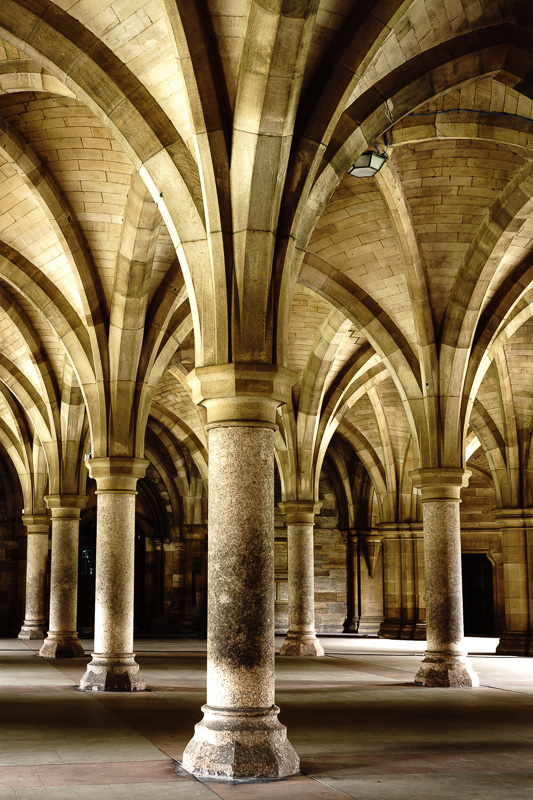 I never even made it inside the art gallery because I spent all my time photographing these amazing arches in the entryway. 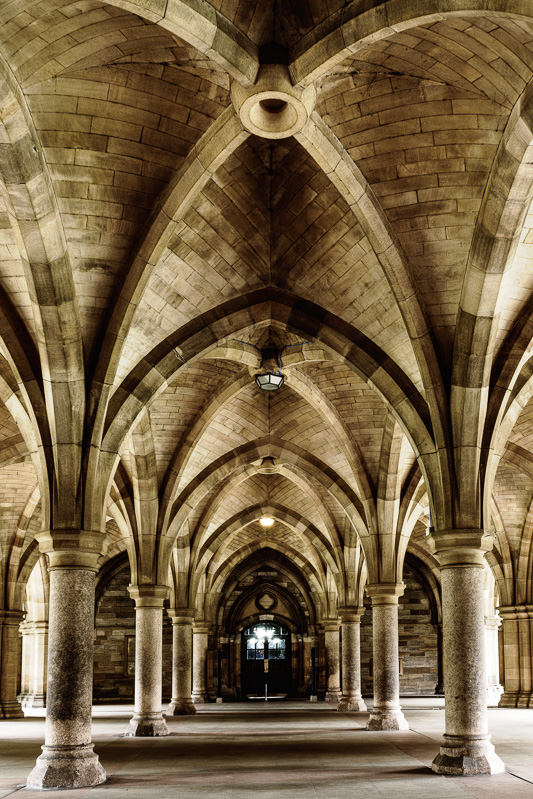 There was hardly anyone there, so it wasn’t too bad as far as waiting for people to get out of the way for my shots. 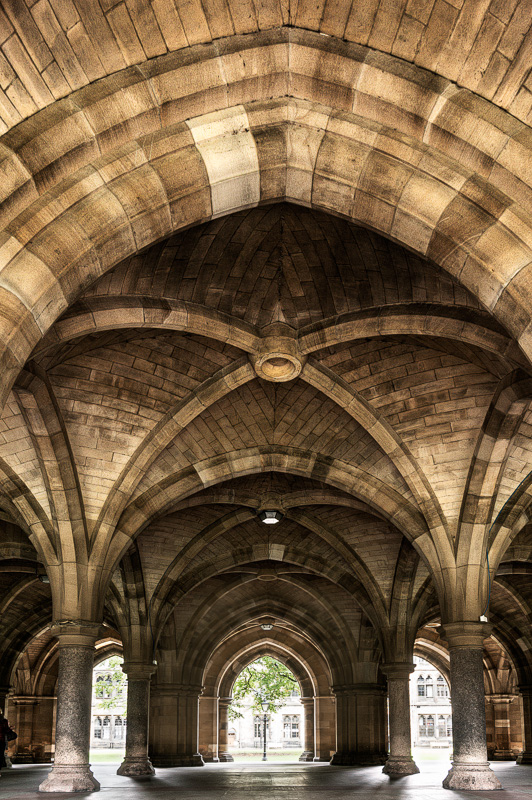 It was really dark under the arches, and quite bright outside, so for each image I made three exposures and then blended them together to make a high-dynamic range (HDR) image. 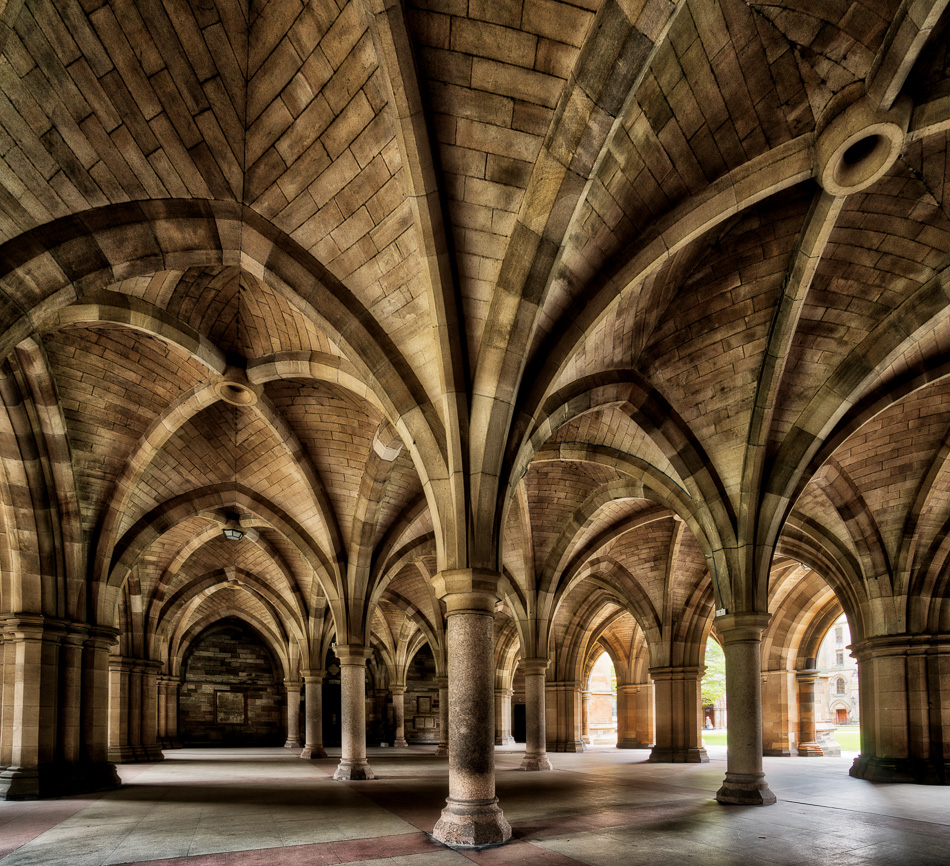 Now that I found Aurora HDR, I’m much more open to making HDR shots again! But photographing architecture with a wide angle lens has it’s challenges too since the images were quite distorted.

Aurora HDR was just named best Mac App of 2017, so I guess I’m not the only one who’s been raving about it lately. I really like the natural looking results I’m able to achieve. If you’re interested in seeing more, I did a full review and video demonstration of Aurora here.

There’s also a full review and video demonstration of Luminar if you’re interested in checking that one out.

More from my site