The tiny village of Elgol turned out to be my surprise location on the Isle of Skye in Scotland. There’s always a place like that. Somewhere unexpected, where you might not have planned to go, that becomes one of the most memorable places of the trip.

It took me hours to drive to Elgol because I kept stopping to try to photograph sheep! They are all over the road, unless of course you get out of your car to try to photograph them. I tried so many times, but they always evaded me until I finally found this one that didn’t run away. 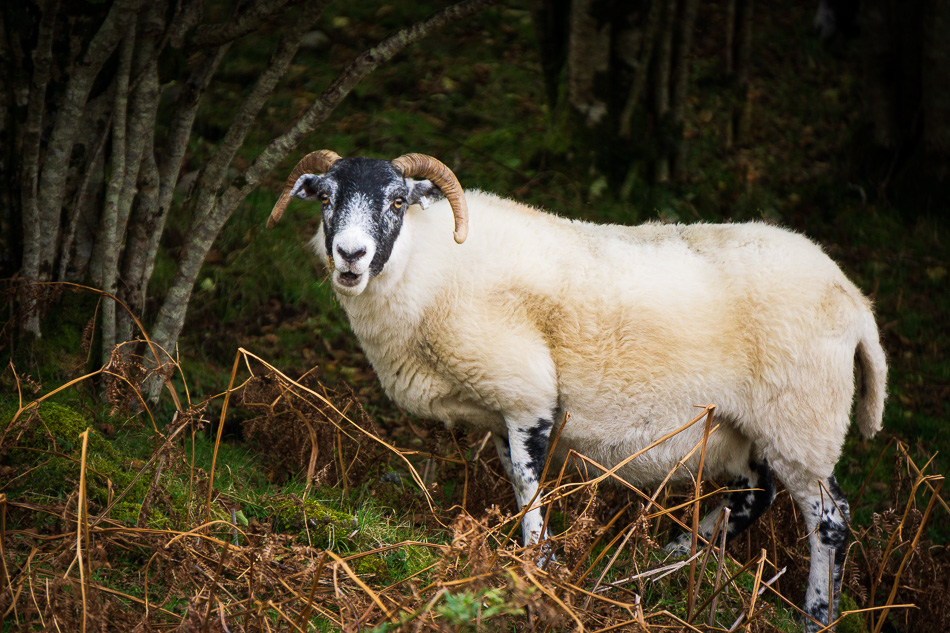 Good thing I planned my photo shoot for sunset, so I had lots of time to explore along the way to Elgol. I stopped at a pretty little village called Torrin that had the most colourful seaweed I’ve ever seen! 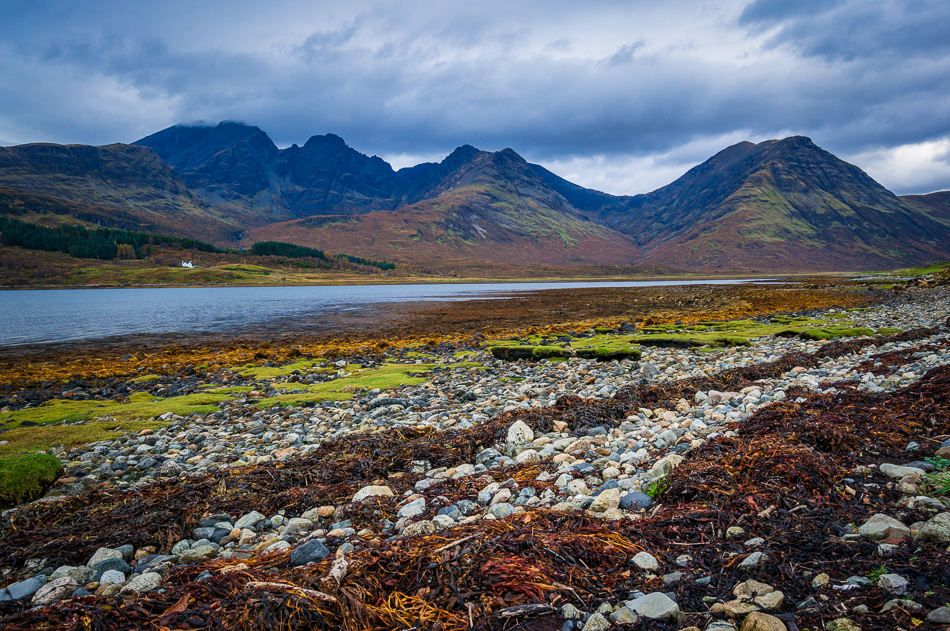 Finally at Elgol, I still had about four hours before sunset but with such a dramatic sky there was no need to wait. I discovered the most interesting beach I’ve ever been to! This place must be fascinating for geologists because every 50 feet or so, the shore changed entirely creating a huge variety of foreground elements within a short walking distance.

First there were these vibrant multicoloured rocks. I spent ages at this location before I eventually moved on to discover how much things changed! I had no idea.

Next I found this area just beyond the colourful rocks where there were layers of flat rock. 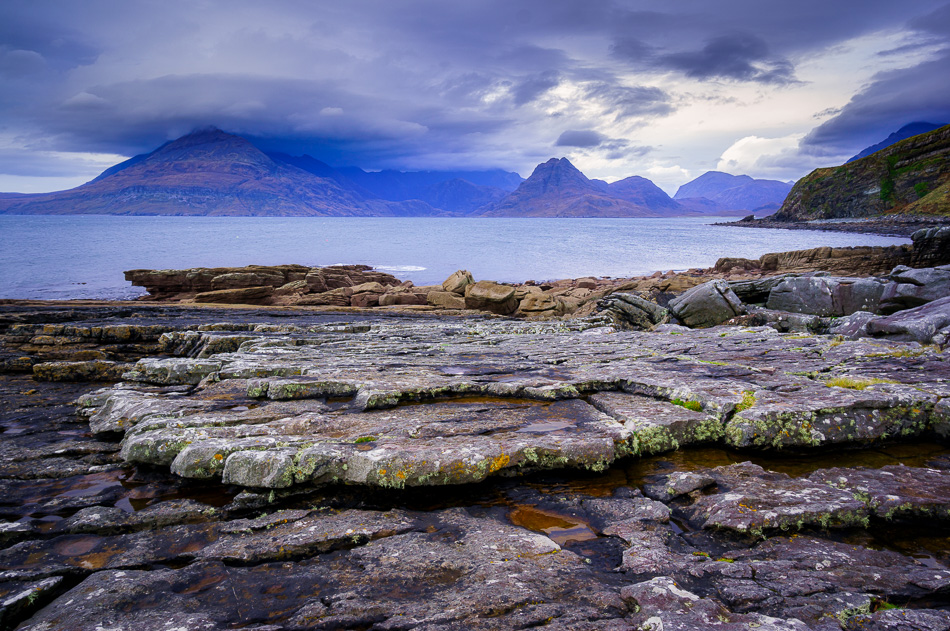 Then there were spots with large squarish boulders. 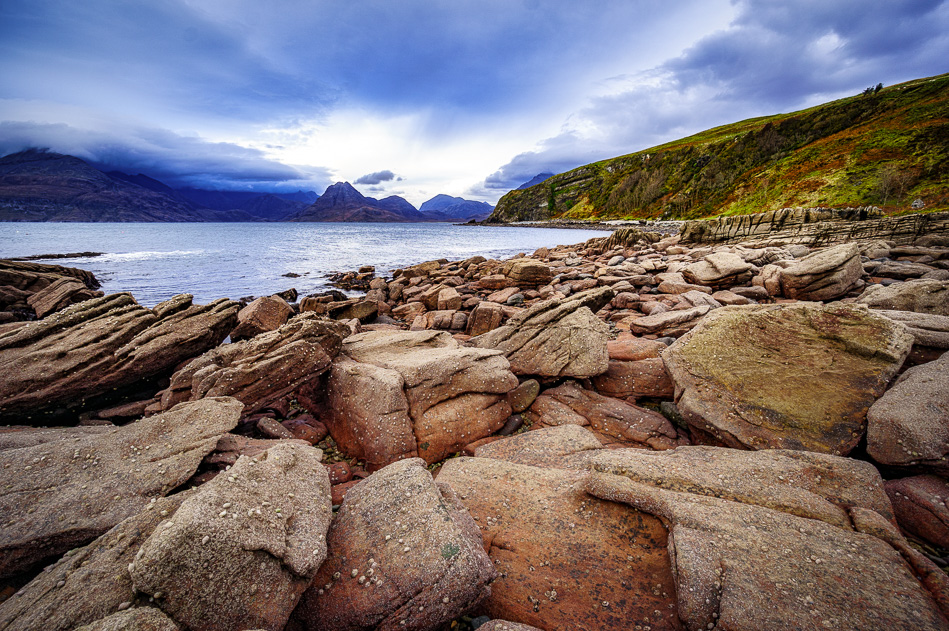 Then everything changed again to this flat area with giant cracks! 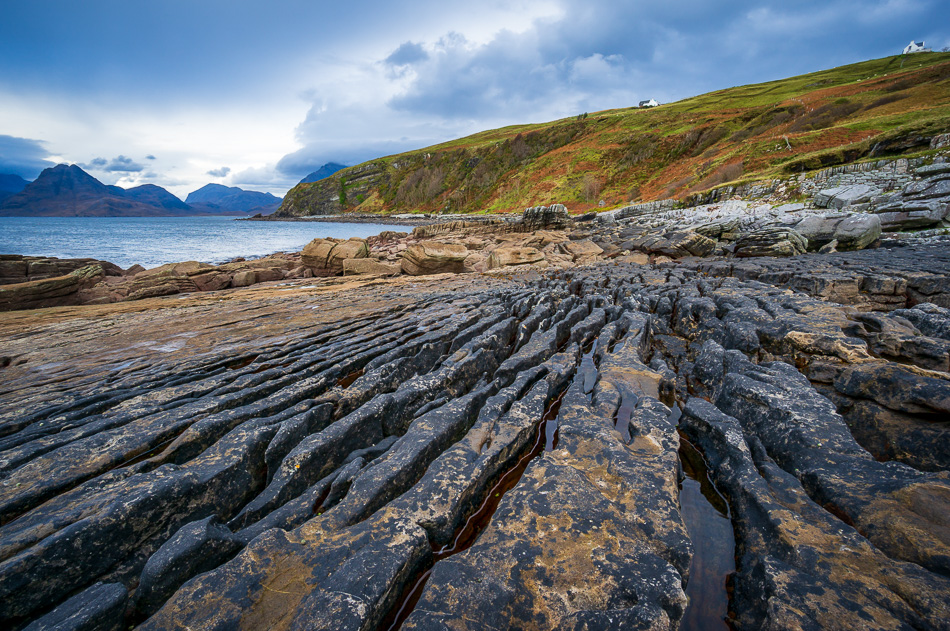 Notice the mountains in the background of these photos are the same ones, so you can see the photos were made within a short distance of each other.

After my initial exploration, I still had two hours to go until sunset, so I went back to my car for a snack and wandered around the village for awhile where I met this awesome dog! I asked his owner if I could photograph him and she kindly helped pose him perfectly with the dramatic beach behind him. 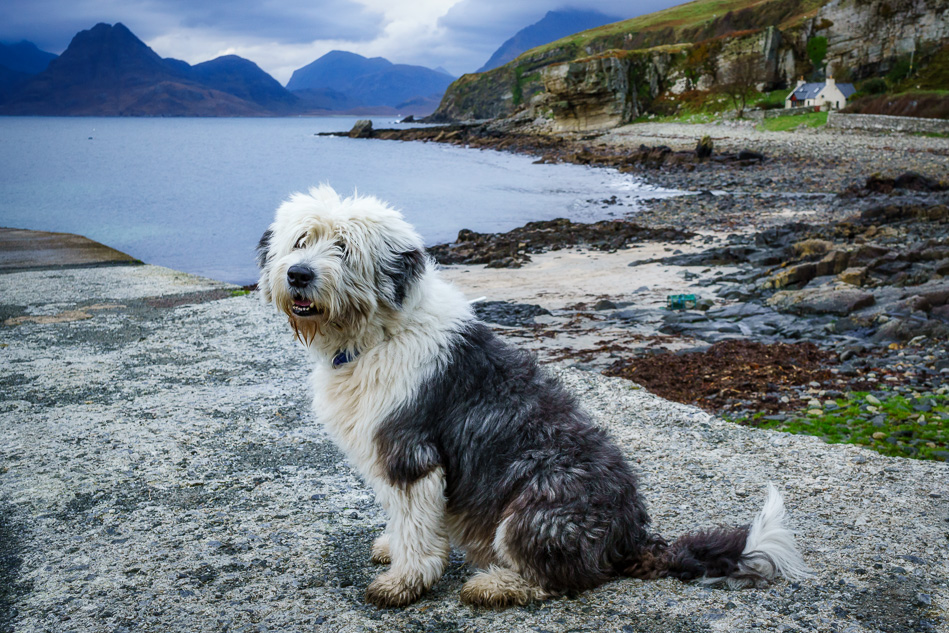 It was hard to choose a sunset spot with so many options! I wanted the mountains in the background, but I also wanted one of the interesting foreground features, so I chose this one with the cliff that looked like a honeycomb. 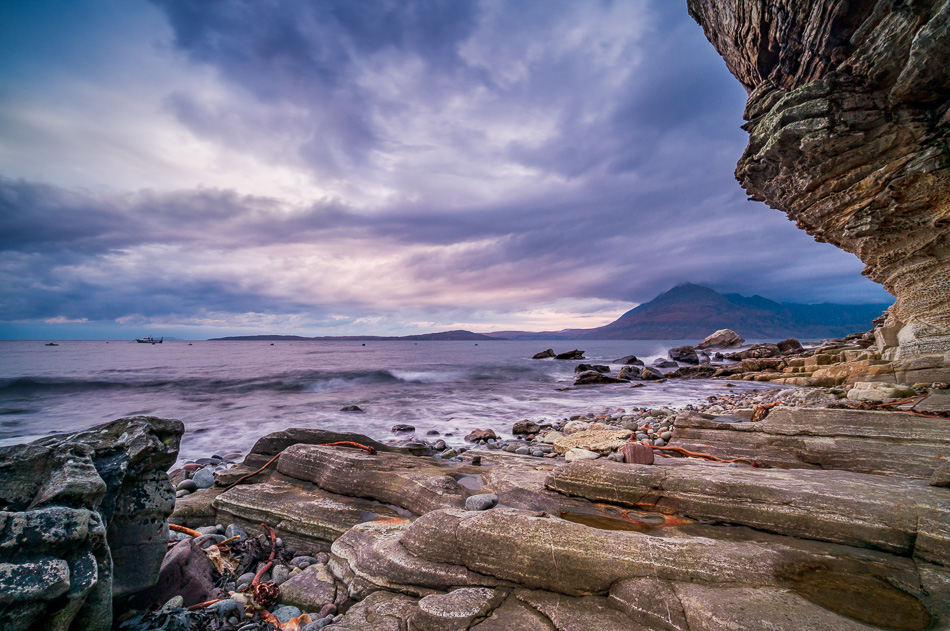 Barely moving from this spot, I just took a couple of steps back and turned around to face the village to make this photo also at sunset. 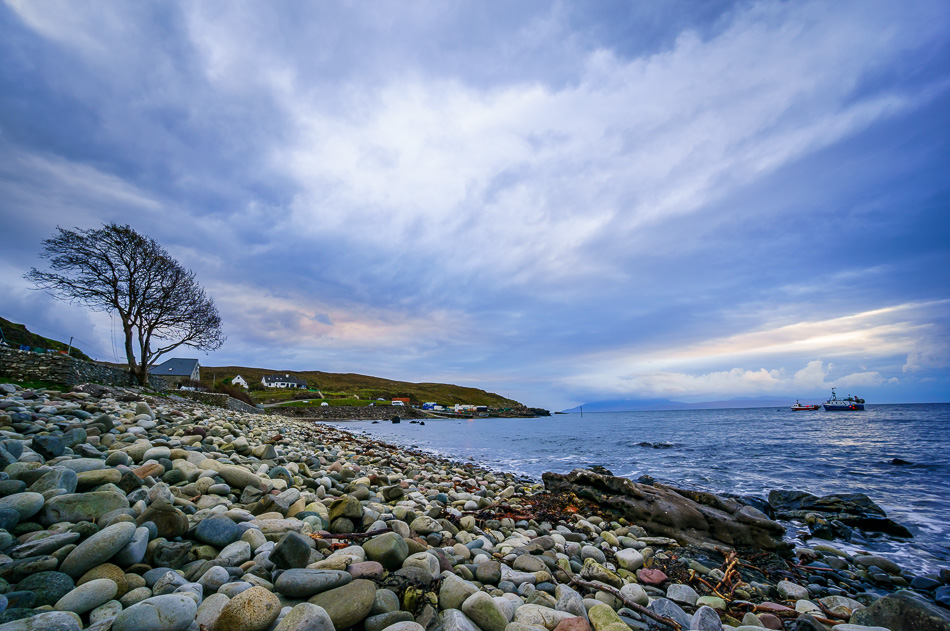 I love it when I can get two totally different images at one location during one sunset. That’s a great sunset spot!

And then, on the drive home …

Aside from locals that lived in a handful of houses in Elgol, I was the last person there. I left in the dark to return to my B&B and drove for about 10 minutes when I came across a young couple hitchhiking. I slammed on my brakes when I saw them.

It was one of those things I did before I had time to think about it too much. I knew that if I didn’t pick them up no one else would be coming because I was the last person to leave Elgol at the end of the road. But as soon as I stopped I thought maybe I shouldn’t be picking up hitchhikers! It’s not something I would normally do.

I rolled down my window to talk to them. They looked like they were in their early 20’s and both had accents. One was from Germany and the other from France. They had hiked there through the wilderness from the youth hostel, which was over an hour’s drive away, and when it got dark they made their way to the road.

So I decided to give them a lift back to the youth hostel and I said to them “you must have realized a long time ago that you weren’t going to make it to Elgol before sunset, why didn’t you turn back?” and they said they thought about it, but just decided to keep moving forward and see what adventures awaited them. Haha, to be young again!!

Well, the good karma paid off for me because it was less than a week later when I found myself lost in the wilderness after sunset, made my way to a road, and had to stick my thumb out hoping for a ride from total strangers. The irony was not lost on me. The couple that picked me up was from Spain. They figured out where my hotel was and gave me a ride back to it!

While I thought the couple I picked up were young and adventurous, I wonder what the couple who picked me up thought about an old(er) lady lost and alone in the highlands of Scotland?