One of my last photo locations on the Isle of Skye was the Fairy Glen near Uig. It’s a smaller and softer version of the Quiraing with rounded grassy knolls topped with it’s own castle — a rock known as Castle Ewen.

I spent a delightful afternoon exploring the miniature landscape. At least it seemed miniature compared to some of the more dramatic landscapes on Skye, but still it had much to explore. 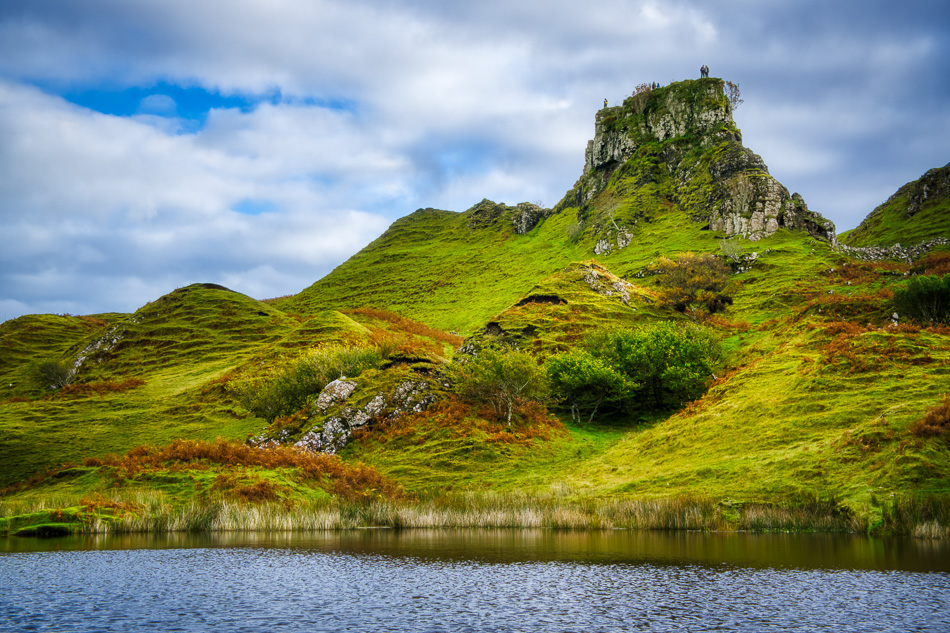 During my wanderings, I came across a stone labyrinth. Since it is called the “Fairy Glen” and knowing Scotland has a rich folklore about fairies and standing stone circles, I imagined there would be quite a tale about what the fairies were up to here and that this collection of stones may have been here for thousands of years. 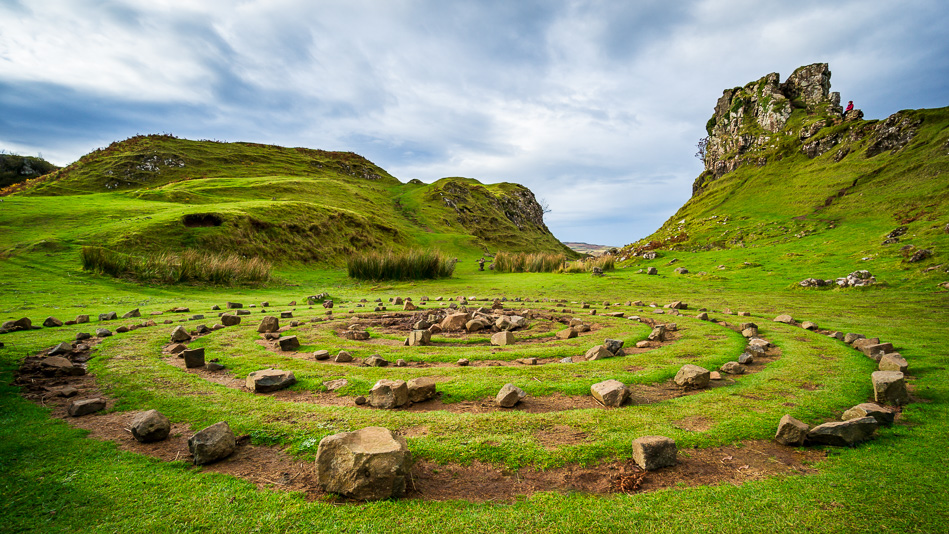 It turns out the stone labyrinth was made by tourists, who also make quite a number of stone inuksuit believing it will bring them good luck. This rearranging of the rocks is considered vandalism by the locals since it causes erosion of the land. Every year the locals mount an enormous effort to return the rocks to their natural condition just scattered about. 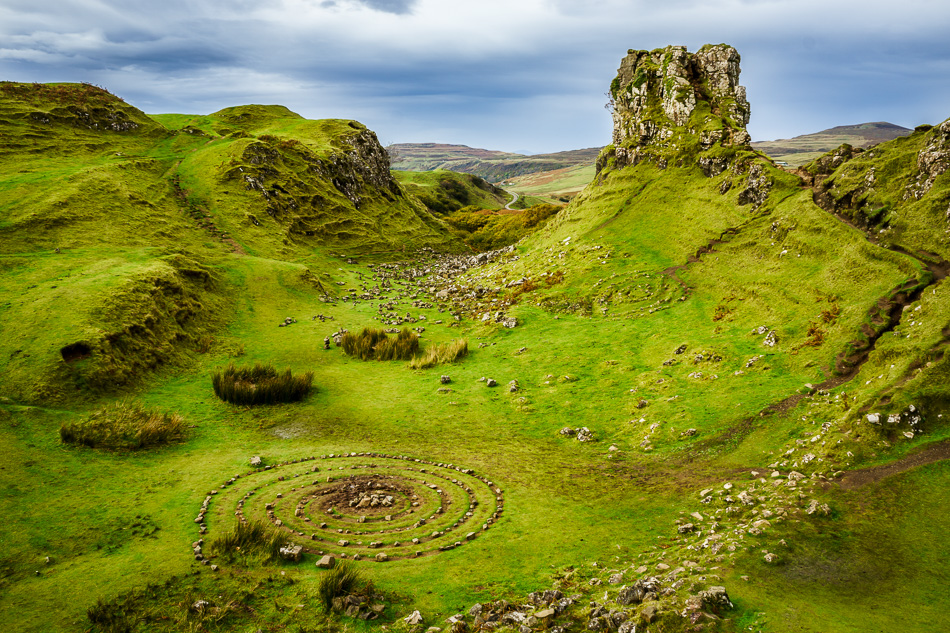 In a way I’m glad I found it when I did because it makes such an interesting foreground! But on the other hand, I firmly believe that nature should be left alone. It’s beautiful just as it is.