I was in the zone.

Nothing existed except me and thousands of sandhill cranes. In the middle of the action, I had something amazing in front of me that I was photographing, and everything else was muffled out. My intensity communicated to all that I didn’t want to be bothered.

Someone was talking … to me I think … my focus slightly wavered and then I was immediately back in the zone.

But wait … it was Ray. Why would Ray talk to me when I’m in the zone? Weird. My focus goes back to the birds.

OH! Now understand why Ray is talking to me when I’m in the zone!!! 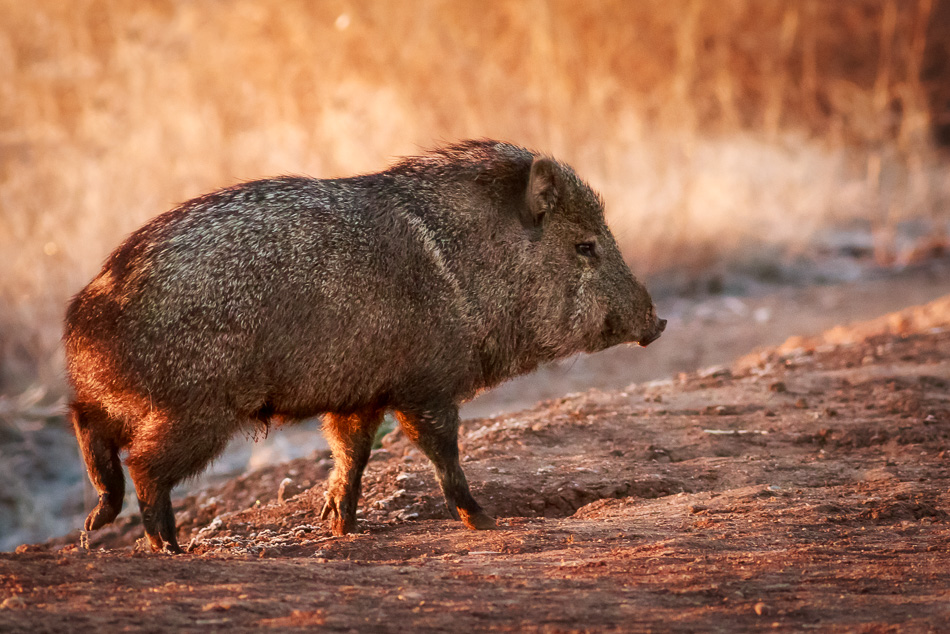 I have always wanted to photograph wild javelinas, but the opportunity has never come up. I’ve only actually seen three in the wild, individually, briefly, and while we were driving.

So when a javelina came wandering across a field towards us at Whitewater Draw, Arizona, while I was busy photographing the sandhill cranes, I dropped everything for this awesome opportunity. I couldn’t believe what I was seeing.

Of course, if you live in the American southwest this is probably not such an unusual sight. But for me, it was a first.

And it was even coming towards me, not running away! 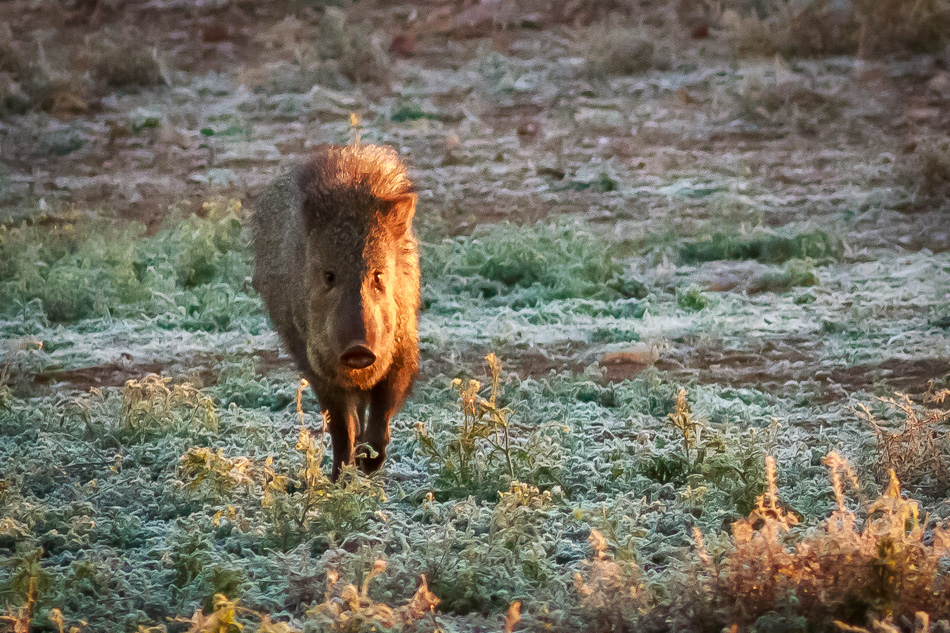 We noticed that the javelina stopped to pee constantly and Ray said he was probably marking a trail for other javelinas.

Well, that turned out to be true!!! Because a few minutes after the first javelina was gone, up came a whole squadron!! There were 10 of them!! Outstanding!! 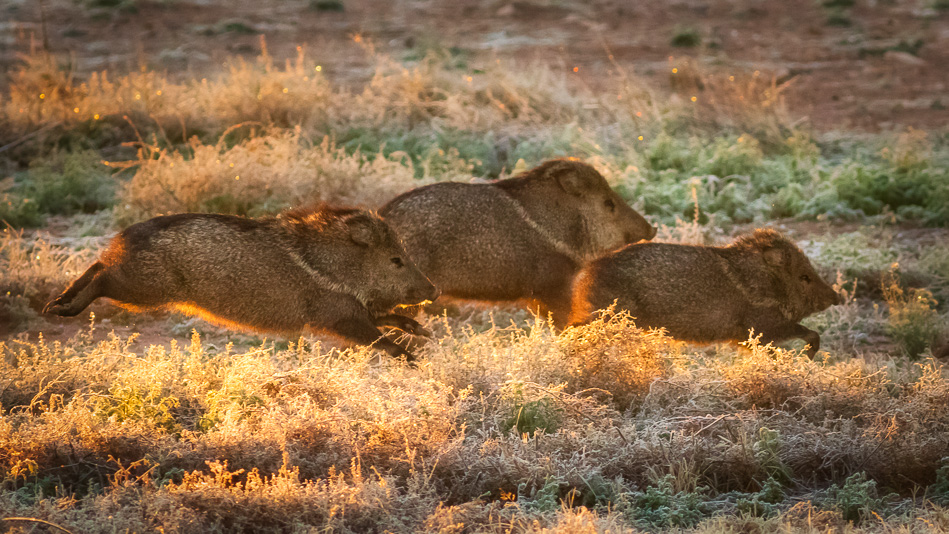 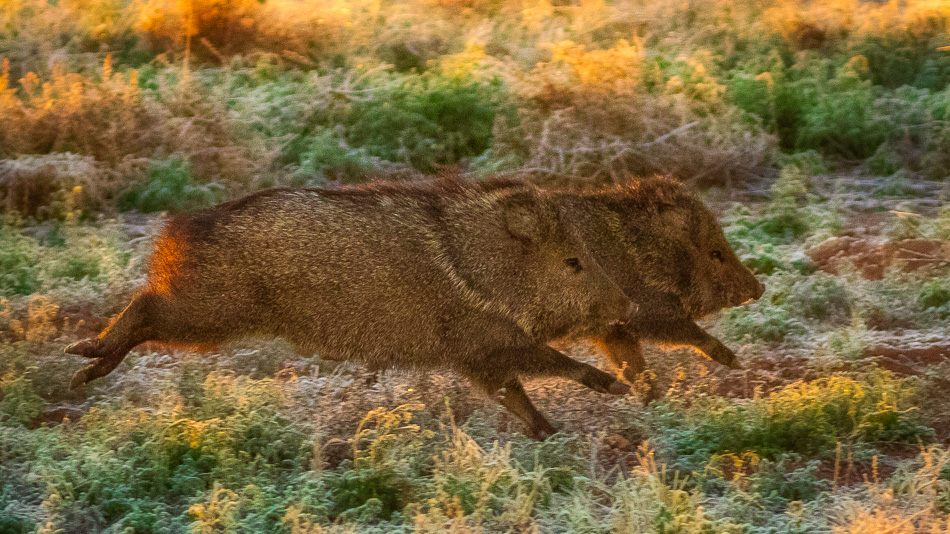 They were a bit spread out and I wasn’t able to get them all in a single frame, but I was absolutely delighted to capture groupings of the amazing beasts. They even ran right in front of the sun with the golden glow all around them. 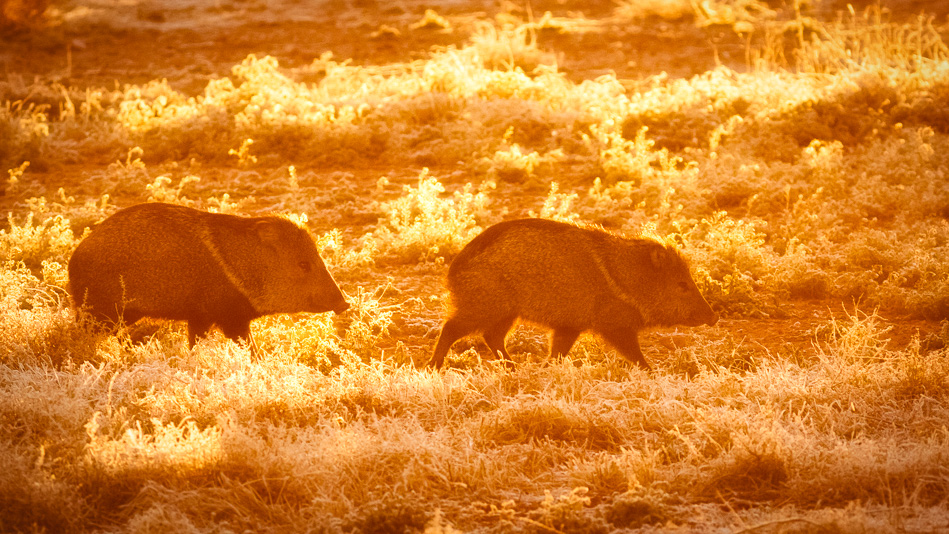 When it was all over I had that warm feeling you get when you have a unique experience, one that may only happen once in your life. I would have felt lucky to just see it. But I got to photograph it too. And I even had the right lens, because I had been photographing the birds. 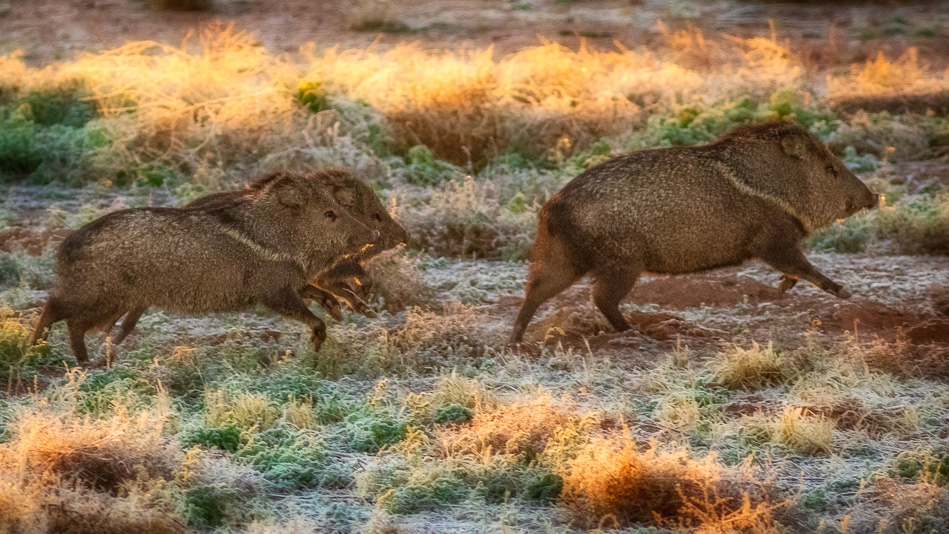 If you’re interested in seeing more from our experience at Whitewater Draw, including Ray trying to get my attention, and the approach of the squadron of javelinas, you might enjoy Ray’s video.

The javelina action starts at the 8 minute mark.