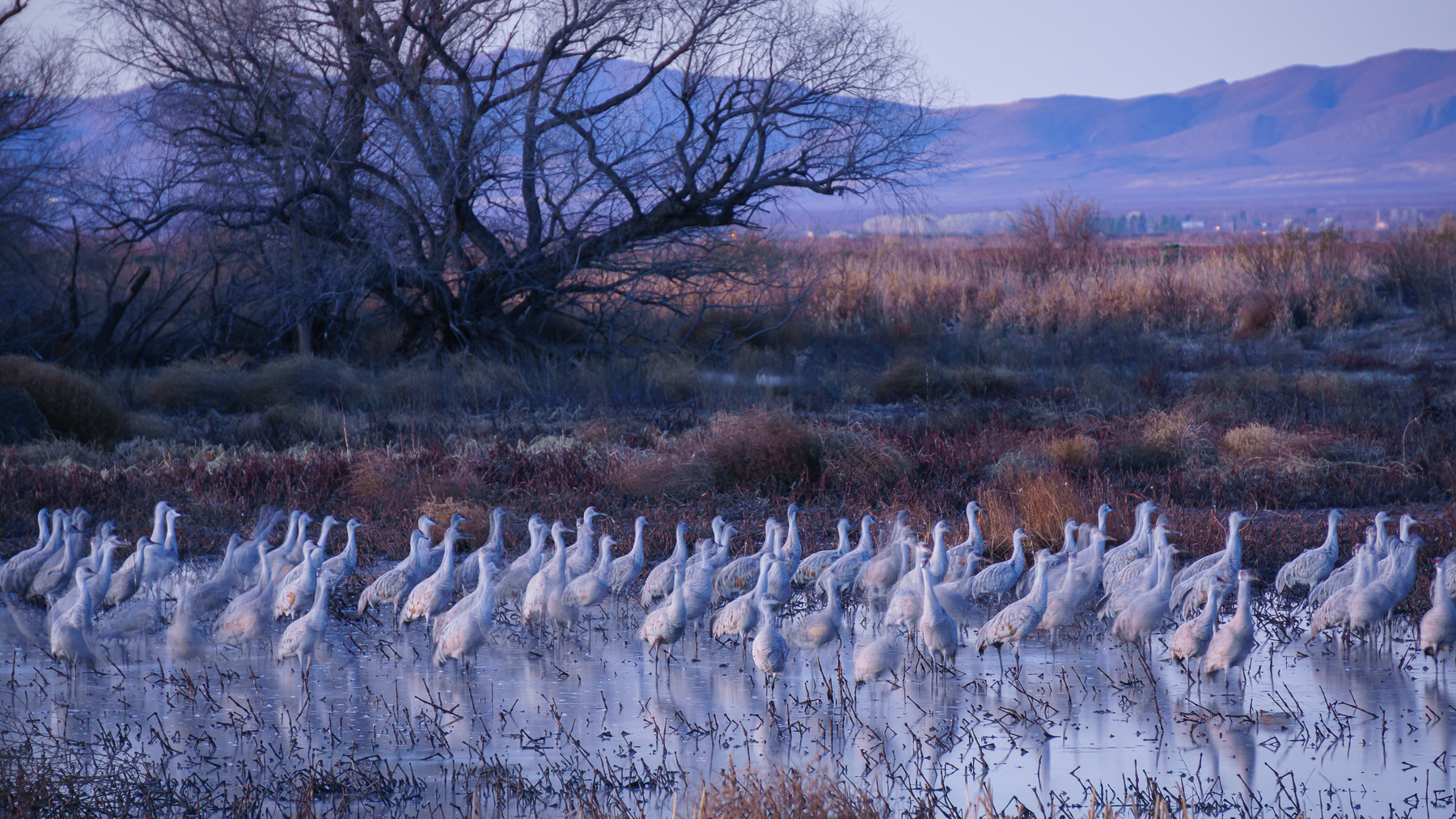 One of my favourite watering holes on the pacific flyway is Whitewater Draw in Arizona.

Here Sandhill Cranes arrive by the tens of thousands every winter. It’s a phenomenon I’ve witnessed a few times before (you can see the photos from those trips here.)

On my last visit I made over a thousand photos on the first day and, after reviewing them, I realized they were all the same as what I had made before.

What is important? What makes this place unique?

I decided that I wanted to convey the motion of the birds. Really, the commotion of the birds! Being there is to witness a veritable cacophony of sound and utter chaos of motion. So I started experimenting with long exposures.

My first goal was to make photos where the bird’s head was sharp but the wings had motion blur. I found the most success at this technique when my shutter speed was around 1/125th second. Of course, it all depends on how fast the birds are flying.

For the next photo, which I also made at 1/125th second, all the birds standing still on the ground are sharp and all the birds taking flight have motion blur. It’s one of my favourites!

Then I started playing with even slower shutter speeds around 1/50th second. At first I thought these photos were mistakes because nothing was sharp. But still — I liked them.

Sometimes I find that when I make a mistake, if I just make the mistake even bigger it turns into something really good! Soon I was making abstract images that I really love.

I hope you enjoy them too!

This was all fine for the birds that are flying, but what about the birds that are standing? There is still a lot of motion going on because all the birds leave in the morning and they all come back in the evening. So I decided to try some even longer exposures without camera movement to show the change in the whole group of birds in the water.

This resulted in some “ghost birds”.

I hope you enjoyed my experimentation with long exposure bird photography.

My last experiment in conveying all the commotion was a time lapse. I made this with the intention of creating an instagram story, so that’s why it is in the portrait format. The sound is recorded at normal speed.