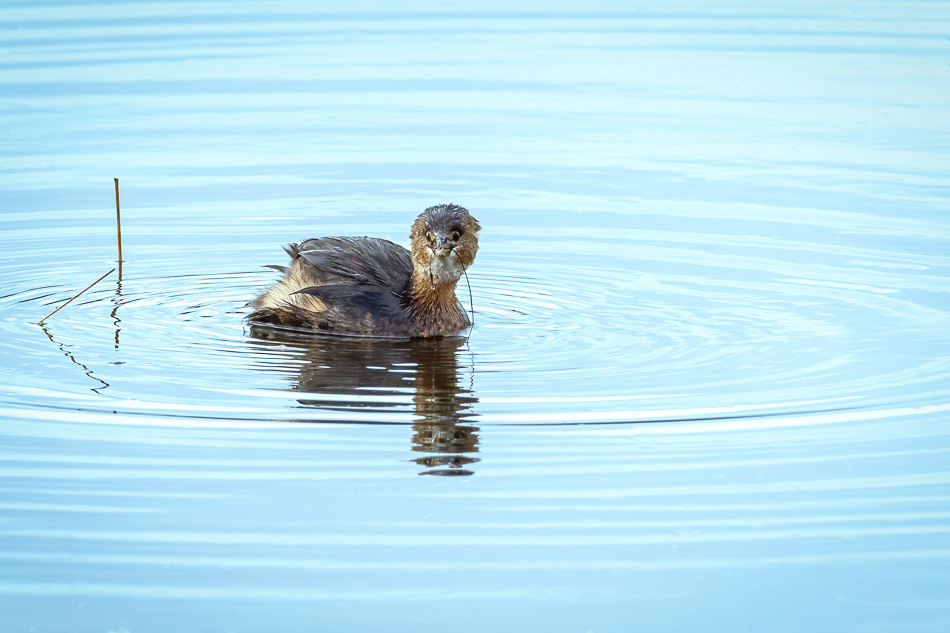 Hope is a Pied-Billed Grebe

Last night I told Ray that I thought I had run out of hope.

It’s been over 2 years since I developed an auto-immune disease – one that is supposed to go away someday – and while I am ever so slowly improving, it’s been a long haul.

So wasn’t I surprised this morning when I received my “poem of the day” – the first one I received since I signed up for it as a motivation to get out of bed in the morning.

It is called “Hope is the thing with feathers” by Emily Dickinson.

It made me think of all the time I have spent bird watching this past year. All those peaceful moments when I’ve been privileged to witness the most interesting bird behaviours.

I’ve started to notice things that went unnoticed before. Like this tiny little Pied-Billed Grebe who apparently has been here all along but I’ve neglected to see.

Isn’t he just the most adorable little guy ever?

I noticed this tiny little bird, that only weighs about a pound, swimming all by himself through the tall grasses. The ducks now appeared to be giants in the estuary.

I could only see him with my spotting scope until I invested in a used Canon 500mm lens in the fall which enabled me to finally get some photos.

I am trying my best to appreciate the things my auto-immune disease has given me and not just mourn the things it has taken away.