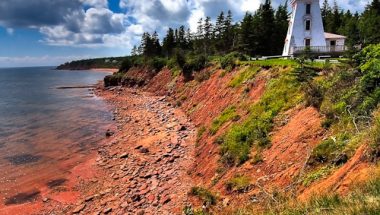 Nothing says "PEI" more than rugged sandstone cliffs and red sand beaches. They have lighthouses too, but honestly they are tiny compared to those you find on the west coast. This one is located at Cape Bear on the south eastern coast of PEI where it has aided mariners since 1881 (the red sand beach is on the other side of the lighthouse). There was once a Marconi Wireless … END_OF_DOCUMENT_TOKEN_TO_BE_REPLACED