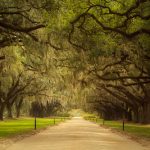 In 1743 these Live Oaks were planted as an approach to the estate at Boone Hall Plantation in Charleston, South Carolina. It took two centuries for the moss draped branches to meet overhead forming a corridor that made the plantation famous for its beauty. Imagine that the person who planted these trees knew they would never see them in their glory nor reap any rewards for … END_OF_DOCUMENT_TOKEN_TO_BE_REPLACED 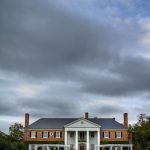 One of the products the slaves produced at Boone Hall Plantation in Charleston, South Carolina, was bricks. The Colonial-Revival plantation house, which was built in the early 20th century to replace the original wooden home, was built using bricks from the plantation. The plantation house is quite a contrast to the nine original slave cabins built in 1790. There … END_OF_DOCUMENT_TOKEN_TO_BE_REPLACED 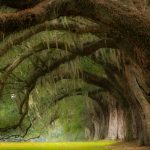 One of the things I was really looking forward to doing in southern USA was visiting a plantation. Maybe it's because of my favourite novel "The Book of Negros" by Lawrence Hill. If you're looking for a good novel I highly recommend it. It's about a girl who is kidnapped in Africa, made to walk across the continent in a coffle (a chain of slaves), barely survives the belly of … END_OF_DOCUMENT_TOKEN_TO_BE_REPLACED