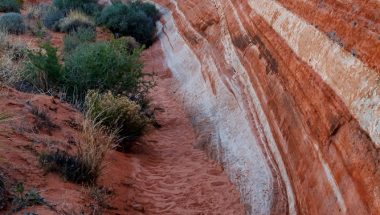 When my first attempt at photographing Fire Wave didn't work out because there were photographers everywhere, I decided to move on and I made a new discovery in a place where no other photographers were to be found. And it was only 20 steps away. Around the corner, the wave continued along the side of a cliff and led up to the massive Duck Rock which you can see in the … END_OF_DOCUMENT_TOKEN_TO_BE_REPLACED 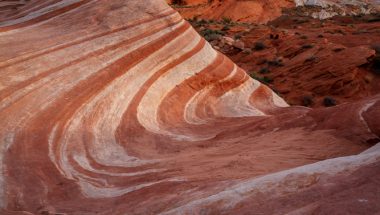 One of my favourite spots in the Valley of Fire State Park in Nevada was Fire Wave. I'm not sure if that's because it's a really spectacular spot or because I got the shot despite some people who really didn't want me to get it. Please click the images to view larger versions. After driving for an hour and a half to the trailhead and hiking for hours and hours in … END_OF_DOCUMENT_TOKEN_TO_BE_REPLACED 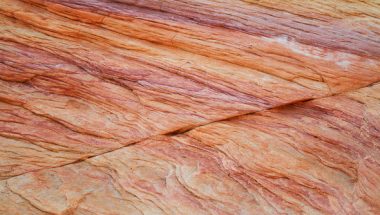 This week I want to take you back to one of my favourite places from our last snowbird season in the American Southwest: The Valley of Fire State Park in Nevada. Please click the images to view larger versions. I truly had no idea that Nevada was so incredibly beautiful until I was invited there by a reader of this very blog who owns a small RV park near the Valley of … END_OF_DOCUMENT_TOKEN_TO_BE_REPLACED 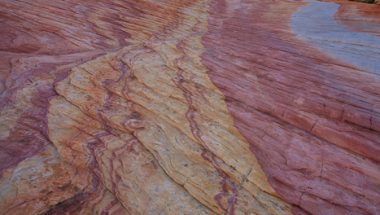 Sometimes it's hard to find just the right words to describe a landscape so when a friend of mine described a place as a "melting strawberry sundae" I knew I had to see it for myself. It was in the Valley of Fire State Park in Nevada. Ray and I planned on doing a two hour evening hike (after a day of hiking) and our friends decided to stay a little closer to the parking lot … END_OF_DOCUMENT_TOKEN_TO_BE_REPLACED 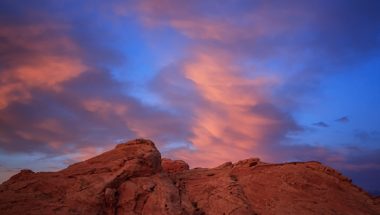 Ever since I bought my tripod I've been in love. ♥ My husband thinks I'm in love with Canon but really it's a toss up between Canon and Gitzo. Or maybe it's Really Right Stuff that has my heart. At first I wasn't sure about spending so much money on it. I think it was around $1,000 by the time I bought the legs, the ball head, the clamp and the L bracket. But it is … END_OF_DOCUMENT_TOKEN_TO_BE_REPLACED 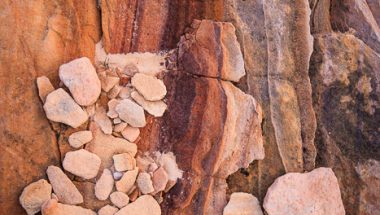 A few months ago I received an email from one of my readers, Don Davis. He said he lives in Nevada near a beautiful spot called the Valley of Fire and also happens to own a small RV park. He offered my husband and I a free RV spot in exchange for some photography advice and help with his website. After looking at some images from the Valley of Fire I decided this was an … END_OF_DOCUMENT_TOKEN_TO_BE_REPLACED